In this guide, we’ll answer the question, “What is a Contrast Ratio In Projector”

But that’s not all.

You’ll also discover why the contrast ratio is an important specification to understand because it deals with light, which is what the projector emits.

The purpose of this article is to give you more than just the definition of what is a contrast ratio by explaining everything you need to know about this topic in regards to the projector.

What is a Contrast Ratio In Projector?

The contrast ratio refers to the difference in light between the brightest whites and the darkest blacks that a projector can produce.

A contrast ratio of 10,000:1 means that the lightest point is 10,000 times brighter than the darkest point. The higher this value is, the more realistic the colors appear during a movie or game.

Related:How to Choose a Projector: The Ultimate Buyer’s Guide

How do you measure contrast on a projector?

In the projector industry, there are two contrast test methods

In order to more realistically reflect the actual viewing contrast, another more effective contrast test method, namely the ANSI test method, is usually used. ANSI is the English abbreviation of the American National Standards Institute, they have developed a series of measurement standards.

In this method, you will measure the brightest whites and the darkest blacks, but in a setting that is more representative of how viewers will see and use the system in reality.

What is a good contrast ratio for a projector

What Is Static and Dynamic Contrast Ratio?

A projector contrast ratio can be measured in two ways, which gives us two sets of ratios. These measurements are static and dynamic, and they differ in considerable ways, so it’s important to know which one you’re looking at.

In the projector industry, the contrast ratio is either “static” or “dynamic.” Static is often described as native. Many industry experts believe that static is more accurate or trustworthy than dynamic because it produces more real-world outcomes.

I hope you enjoyed this guide on what is a contrast ratio in Projector. 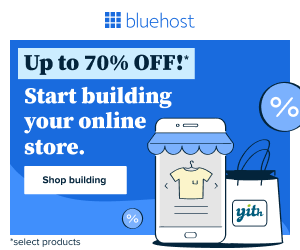 Best Projector For Church in 2022(Review)